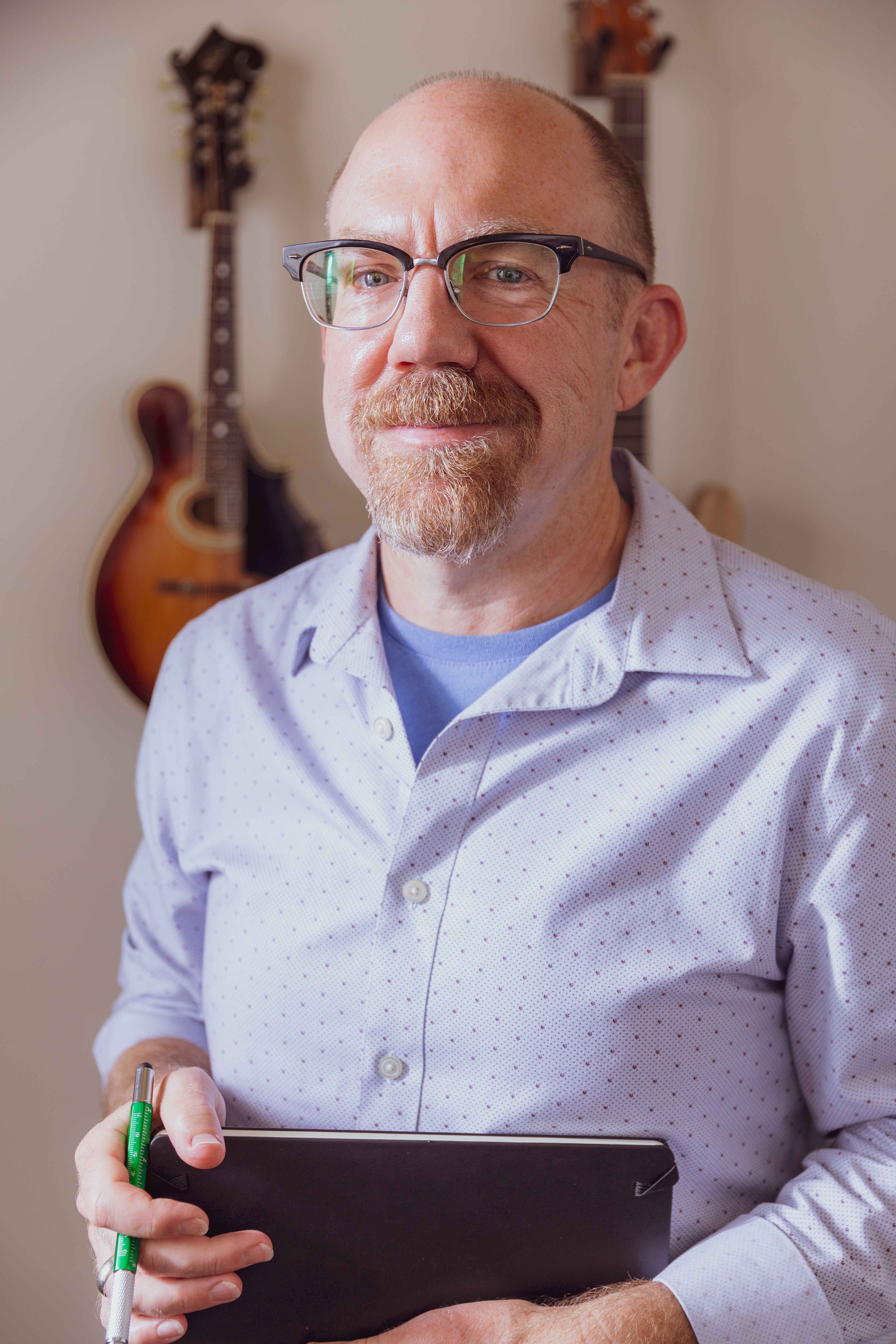 Mike Boren, Business Manager, has lived in Evansville most of his life. He attended Murray State University and studied Fine Art until his passion shifted to the guitar and music. He began teaching guitar in 1994 and opened a teaching facility then called, The Guitar Lab, in 2003. With three location changes and rebranding to Evansville Music Academy, Mike built one of the most successful music instruction facilities in the tristate area with 10 instructors and serving close to 200 students weekly.

Mike’s creativity spills over to business management, project development, business consulting and entrepreneurship. In 2008, with his love of cycling, Mike created Team Guitar Lab, an amateur cycling team. Soon after he created and directed The River City Bicycle Classic, a successful, semi-professional bike race in Evansville that brought to town over 200 racers from all over the country. Mike has created and worked to develop Lullifi, an infant sleep aid. Lullifi, has won several innovation awards and he hopes this product will be manufactured and be in every baby’s room very soon.

In his free time, Mike loves to play guitar, write music and tinker with stuff. He also enjoys racing bicycles and spending time with his wife and dog.